As leaders, we want to lead high performing teams and as team members, we want to be working as part of them. Working in a great team is an absolute pleasure and has an enormous impact on how we feel about our work and the company we are employed by. Of course, the opposite is also true and working in a dysfunctional team is deeply negative and has a huge impact on performance and can be enough to encourage individuals to leave and pursue other options.

So how do we establish a great team, how do we lead one and how do we play our part in contributing to the success of the team?

Let’s start by exploring some examples of great teams and a good place to start is in the sporting world. Anybody who is loyal to a particular team or club will know all too well the highs and lows associated with team performance. When a team is failing quite often the manger gets put under enormous pressure and the result is often a swift departure.

If we take the Six Nations championship as an example, each team that takes part has been analysed by professionals, the media and all of us at home watching. Each team has its own characteristics with Wales being admired for their grit and determination whilst England heavily criticised for a lack of discipline. Back in 2003 when the England rugby team won the world cup the team was led by Sir Clive Woodward who helpfully shares his winning strategy. Woodward says that “great teams are made up of great individuals” and he focuses on creating a winning culture and claims a formula for creating “champion individuals”. Woodward lists 4 key criteria to create a winning team:-

Teachability – “It’s often the most experienced person who is unteachable”

Will – commitment to win.

In his 2003 team Woodward describes having 5 champions and 10 warriors and he highlights the importance of coaching on two levels, for individuals and for the team together.

Woodward’s approach was clearly successful, and he continues to support sporting organisations but also offers coaching and consultancy to business executives.

Another team strategy brought to our attention is the “aggregation of marginal or incremental gains”. The strategy works on the premise that if we can improve every aspect of a team’s performance by 1% the overall result will be a significant improvement. This approach was highly publicised following the success of the British cycling team in 2008 and 2012 and whilst the achievements of the British cycling team are being questioned, the strategy is still very popular in the business environment.

One of our favourite sporting strategies that has been embraced by business is described in the book “Does it make the boat go faster” as described by Ben Hunt-Davis in which he documents how his team adopted this strategy and subsequently won the gold medal at the 2000 Olympics in Sydney. I like this as it is simple and can be used to immediately ensure everyone on the team is on the same page. In business we might use this strategy to achieve a project within tight timescales or to focus on a particular aspect of our service for example, “does it make the patient experience better?” or “does it make the treatment safer”. It’s a great way to ensure focus and gain momentum to achieve short and medium-term goals.

These examples of sporting successes in team performance provide plenty of interesting learning opportunities that can be adapted for business, and we may pick up ideas from numerous sources as we create our own leadership and team management strategies. Each of us can use best practice to influence our leadership style but ultimately our approach will be unique to us and our personalities. As we build our own style it is important to break down the aspects of teamwork and ensure we consider each aspect to build a good all-encompassing approach.

Reflecting back to the wise words of Sir Clive Woodward we can consider the 4 elements of team success that he bases his approach on.

To create the greatest team, we want to have the greatest leader and the most talented individuals, and this might be realistic for a premiership football club but most of us are restrained by factors such as money, availability of talent, geography etc. In the real world what we really need to aim for is the most talented individuals available to us and ensuing that each individual deliver to the best of their ability.

A team also requires a group of people with differing but complimentary talents. All of these individuals must find a way to work together to the benefit of the business and customer As well as having differing skills, a team will also be home to lots of different personality types and character types. Some people are eternal optimists, always anticipating the best possible outcome and seem oblivious to any potential barriers. Others will be the complete opposite preferring to plan for the worst-case scenario so that all bases are covered and prepared for. When two people of opposite types such as these come together, they can either create a perfectly balanced partnership or they can find it impossible to work together and hit a brick wall. Another potential conflict can arise when one person is an ideas person, and another is a detailed planner. The detailed plan that is essential to one person can be viewed as a barrier to progress and a time-wasting activity to the person who has the great idea and wants to get on with delivering it. Again, a balance of these two styles is ideal but how do we bring different personalities such as these together to work collaboratively.

In last month’s article we talked about leaders needing to develop self-awareness and understanding their natural style. We suggested using psychometric profiling tools such as Myers Briggs and C-me profiling and again these tools are equally relevant to individuals working together as a team.

Once an individual understands their own style and also the natural style of others on their team, they can learn the right way to communicate and work with one another to achieve success.

The “ideas person” learns that by listening to the detailed oriented individual, their idea has a far greater chance of success as a result of the detailed plan that will be developed ensuring that every outcome is prepared for.

An ability and willingness to learn is an important attribute for all team members. Too often we associate this with more junior team members but actually it is relevant to even the most senior members of a team and Woodward is quite right when he states, “It’s often the most experienced person who is unteachable”. To work well as a team, every individual needs to be prepared to adapt their ways of working for the good of the team. The well-known management phrase “It’s my way or the highway” might feel powerful but what if there is a better way?

When Woodward says pressure, what he really means is the ability to perform under pressure and he believes the only way to ensure an individual and therefore the team is able to succeed under pressure is to practice by exposing the team to pressure regularly. He uses role play requiring the team to work through every eventuality to ensure they know exactly what to do in each situation.

We would also argue that all teams must think about how to recover from being under pressure and build resilience. It is clearly not possible for any individual or team to perform under constant pressure and we need to build in mechanisms for recognising long periods of extreme pressure and have plans in place to relieve the pressure and allow recovery to take place. This may involve adjusting holiday allowance, time off in lieu or activities within the working day to allow for recuperation but they must be built in.

A team needs to be driven by an agreed goal or objective and to share a joint motivation to succeed and achieve the goal. This is why the strategy of “Does it make the boat go faster” is so effective as it aligns the whole team to one clear, simple goal. A team that has one or more members who doubt the goal is achievable will have a draining impact on the team’s morale and will reduce each person’s motivation to succeed.

It is said that “Teamwork makes the dream work” and we all agree wholeheartedly, but achieving the dream requires an investment of effort on a consistent basis. The most talented individuals might be individually amazing but unless they can work together as a team their talents can be wasted. The coming together of individuals with differing skill sets and personalities, working together effectively create an approach that brings balance that one individual could not achieve working alone is the ultimate goal. And most importantly, humans are tribal and evolved working together in teams, intrinsically knowing it makes us more effective and ultimately life more enjoyable. 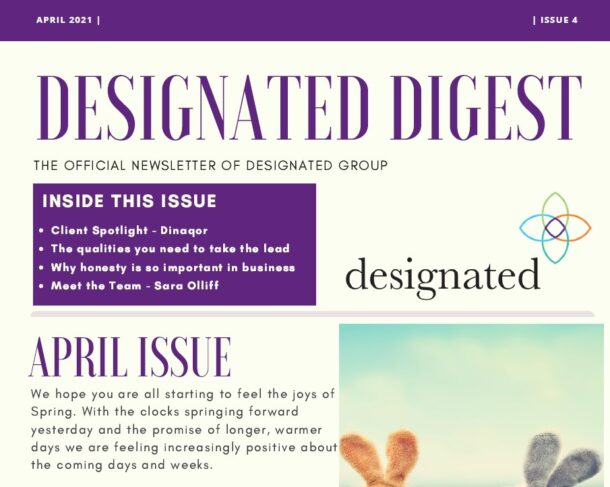 You have Successfully Subscribed!

You have Successfully Subscribed!

Please see our Privacy Notice for information on how we use your data.