PAs – The Unsung Heroes of Business 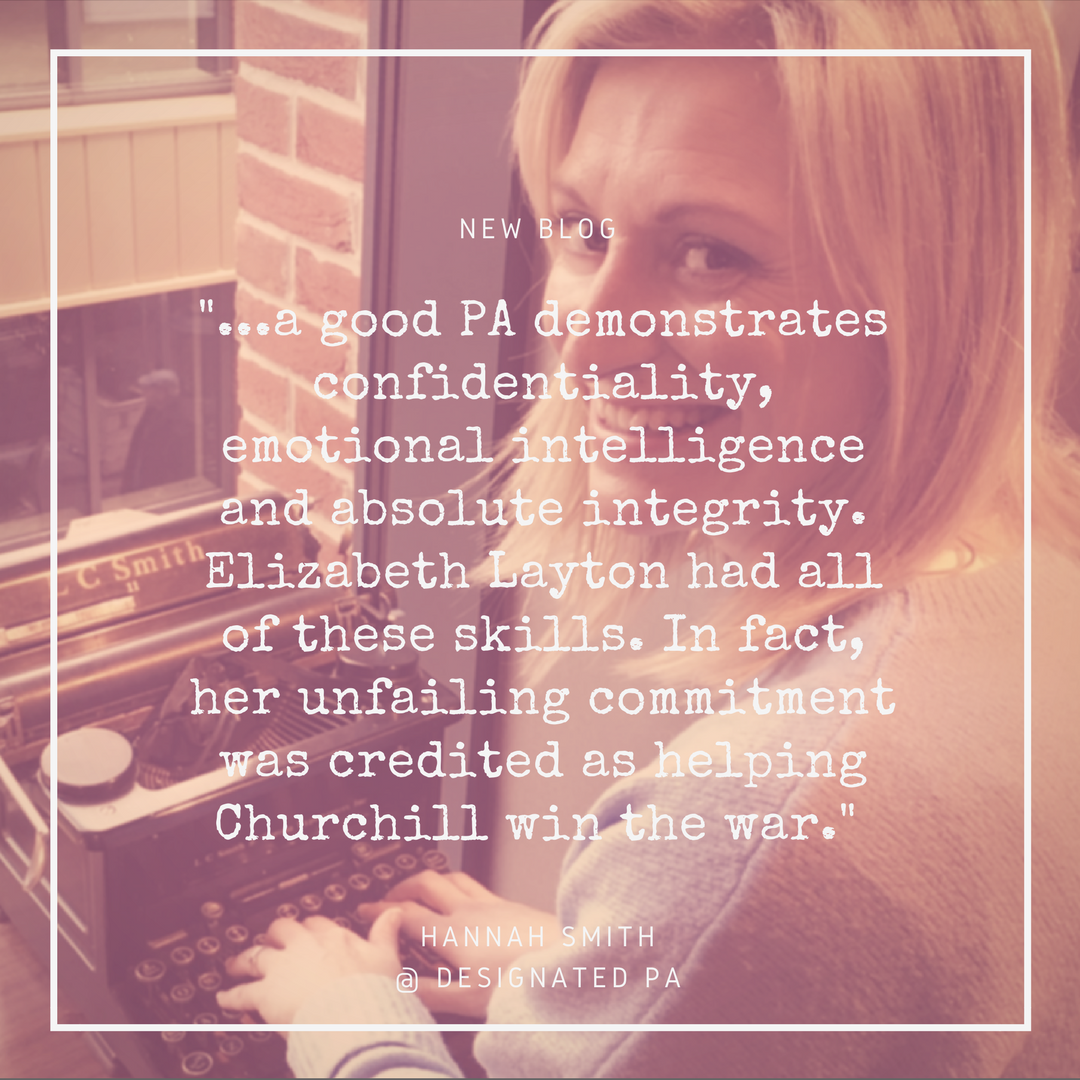 A few nights ago I went to see the film The Darkest Hour, where Gary Oldman portrays Winston Churchill in the weeks leading up to the Second World War.

His performance was truly awe-inspiring. As I left the cinema I found myself thinking more about the unsung heroes in the team around him. Particularly his long-suffering secretary Elizabeth Layton.

Played by English actress Lily James, Layton is the epitome of loyalty and service. After a shaky start (first time nerves playing havoc with her typing fingers), she soon proves herself invaluable. It’s no secret that Churchill kept unusual hours – bright-eyed at 8am and sometimes working until 4.30am. The film shows how she was by his side every step of the way. Except of course when he was having his afternoon nap – then she would have to remain awake and alert, and ready for his refreshed return.

To have worked so closely with someone of such significance during that momentous time must have been both terrifying and fascinating.

As a PA I’ve been entrusted with plenty of highly important, confidential information over the years (or at least that seemed important at the time) but how can that compare to the secrets Elizabeth Layton must have heard in that war room?

Or even in Churchill’s bedroom, where he often chose to give his dictation. At least that wouldn’t be considered appropriate in 2018, thank goodness.

Another big difference is the hardware of course. While there’s something so nice about the tap, tap, tap, ping of a typewriter, I thank my lucky stars for my rose gold laptop, with autocorrect and Wi-Fi enabled printer. While I’d love to have a classic typewriter as a feature in my office, I really don’t want to go back to the days of working on one. As I’m sure neither would my clients. (Where’s the Tippex??)

But some things haven’t changed so much. Layton spent her working days in Churchill’s shadow. Clicking away on her typewriter keys in his bedroom or the Cabinet War Office, or listening to his speeches as he rehearsed for a larger audience. A silent sounding board, a non-judgemental pair of ears.

“We shall defend our island,

whatever the cost may be,

we shall fight on the beaches,

we shall fight on the landing grounds,

we shall fight in the fields and in the streets,

we shall fight in the hills;

we shall never surrender.”

Whilst few of us can claim to work in an environment like Layton, our commitment to the business we support is often underestimated too. Leading a business can be a lonely role. A PA is often that trustworthy individual whom the CEO can rely on. In return, a good PA demonstrates confidentiality, emotional intelligence and absolute integrity. Elizabeth Layton had all of these skills. In fact, her unfailing commitment – for example, she never left her station for the safety of the bomb shelter – was credited as helping Churchill win the war.

At the end of the movie Layton emotionally watches on from the side-lines as Churchill delivers his most famous “we shall fight on the beaches” speech to Parliament. And that resonated with me. Because what PA hasn’t worked with their boss on an important speech, been involved in drafts 1 to 8, typed thousands of words, and deleted many more? Who hasn’t been so involved in sourcing images, music and adding PowerPoint transitions that they couldn’t deliver the speech themselves standing on their head, blindfolded, with their hands tied behind their back?

I looked into Elizabeth Layton’s face during that speech, and I knew exactly how she felt.